Ideas are like sparks. Some do nothing. Others light a fire that keeps you warm and happy. And others burn your house down. Some landing page optimization tests can explode in your face. 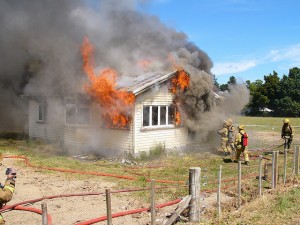 Here’s how you can use testing to keep your butt out of the fire.

Here’s a scenario: your colleague wants to divert all of your resources into building a microsite. Why? Because you need it for a campaign next month and that’s what everyone else is doing. Your boss nods.

Red alarms blare in your head:

This is when you should condemn your colleague as a fool – just kidding! People with ideas are brave, so don’t attack them. Arguing doesn’t accomplish anything.

Instead, propose a three-step test.

Ideas are usually big. They’re made in a fantasy world of abundance and freedom. You, however, live in the real world, the one with scarcity and barriers.

Tell everyone that the idea should be tested on a smaller scale to avoid wasting resources and missing other opportunities (your boss will like that).

Then you need to distill the idea into its essence. Identify:

Once everyone agrees on these items, build them into a fast and easy test. Keep investment (time and money) as small as possible.

For example, if you were testing the microsite idea, test using it as part of a larger campaign. Build whatever the team wants into a single dedicated landing page. Used repurposed content, work with developers to keep the page simple, and do anything you can to keep your investment down.

The last thing you want is to count on a test to carry an entire campaign. You need to rely on tried-and-true tactics to hit your goals. So use the test as part of a campaign, not the whole thing.

In the microsite example, you’d only want to divert about 10% of traffic to the test page (could be a greater percentage if your volume is on the low side). The remaining 90% should go to pages that you’ve already proven are effective.

Step #3. Track and compare everything

You need to track the test with good metrics. Otherwise you’ll have to rely on assumption and opinion when reviewing the results – and that’s exactly what we don’t want!

You need to see if your test was a dud or dynamite. Take the data for the test and compare it to whatever you tested it against (called the control). The deeper you can compare the test and the control, the better.

If comparing the landing pages in the microsite example, here are good places to check:

For example, perhaps people arriving from your emails converted at a higher rate than everyone else. That can be valuable information for your email marketing, but you would have completely missed it if you only looked at overall results.

For example, let’s say a large percentage of visitors were clicking to your website instead of completing the form. Well, perhaps the approach you used would be better for driving traffic instead of registrations.

Test before you invest

If your colleagues’ idea was a success, then rejoice. Be happy that you are building on a foundation of facts and research instead of mushy ideas and opinions. Your odds of being homeless have just fallen.

If your colleague’s idea fell flat, then don’t rub it in (your idea might be next). Instead, use this as an opportunity to point out that your department:

Then it’s time to think of more ideas – and you better look at some data!