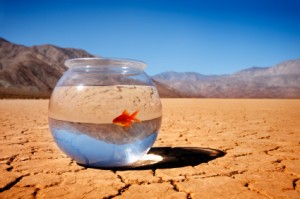 In these uncertain times the first thing that companies cut is their advertising budget.  For some companies this is sufficient in riding out the recession, but for most, it is a disastrous decision that can cripple their growth in the long term.

When a company cuts their advertising spending their growth takes a steep drop which stagnates your company’s revenue which in turn slows down your profit model which will result in a loss of market share.

What many companies don’t know is that the recession is the perfect time to grow if done efficiently.  Advertising and operating costs are cheaper which puts you in a prime position to outgrow your competition so that when the economy inevitably gets out of this recession you will be ahead of your competition and leading the way in your industry.

The great thing about optimizing your marketing landing pages is that with the same amount of advertising spend, you can increase your buy/sign-up rate by 20, 50, 100%!  Will that help you in this recession?

We will be using one of our real client’s situation as an example.  This client, we’ll call him Company Z from here on out, hired us to optimize one of their landing pages.  They came to us after their conversions plummeted which they blamed on the changing economy.

Company Z spent about $90,000 a month which generated about 6,500 interested prospects a month at a cost of about $14.00 per prospect.  Each prospect was worth $15.00 to Company Z.  Due to their conversion drop they were only making about $1.00 per prospect and could not continue the campaign with margins so low (previously they had a cost about $11 per prospect).

Company Z came to us as a last ditch effort and was planning to shut this campaign down but decided to take advantage of our free consultation.

We blew their expectations out of the water and increased their conversions by 41%!